Getting Around the San’in Region

How to get to and around this underrated area

Not many tourists tend to venture out to the San’in Region, and it's very likely that most of them have never heard of it. The region includes Tottori and Shimane prefectures, which are located along the northern part of the west coast of the Japan Sea. They are both out of reach from the Shinkansen (bullet train) – the transportation most tourists tend to rely on to get around the country.

However, if you have the time, the San’in region is one of Japan’s hidden gems with stunning nature, authentic local culture, and like most of Japan, holds many historic world heritage sites just waiting to be seen.

Although a bit off the beaten path, getting to the San’in region can be easy and affordable by plane, using the JAL Explorer Pass, a special promotion by JAL (Japan Airlines) that offers tourists discounted fares on domestic flights, to over 30 cities around the country. Getting to the region using the JAL Explorer Pass you can fly from major cities such as Tokyo or Osaka into Izumo City in Shimane. There are also a number of local express train services and highway buses that you can also take to get to the region. The San’in Official Tourism Guide does a great job in outlining the access to the region on their website.

Once in the region, you can travel by local train, bus, or car along what is called the “Route Romantique” which starts in Tottori and runs through Shimane all the way to the endpoint in the Hagi City of Yamaguchi Prefecture.

Lover of traditional Japanese art & architecture and low-key train otaku. When I am not hiking one of Japan's many mountains, I am likely relaxing at a cafe sipping on matcha. 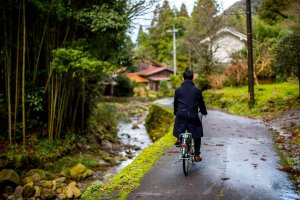 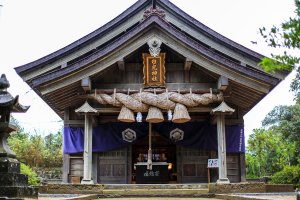