The Annex periodically closes throughout the year — please check the official site.

Hidden behind the Chugoku Mountains in west Japan, a three-hour drive from Hiroshima, lays the Izumo region, home to a large concentration of Japan’s greatest gardens. Adachi Museum of Art is a must-see for any Japanese garden connoisseur and such people would do well to find themselves visiting Yuushien on “Peony Island” Daikonjima and staying at some of Matsue’s traditional inns known just as well for their beautiful gardens as their natural hot springs while visiting this remote and unique destination.

Adachi Museum of Art has attracted international renown as its superb quality and unique perspective on Japanese gardens has led them to be named the greatest garden in Japan by Japanese gardening magazine Sukiya Living (formerly The Journal of Japanese Gardening) every year since 2003, and gain a three-star rating in the Michelin Green Guide Japan.

In addition to its gardens which are sublime in every season, the unique framing of the gardens as a “living picture” makes this site an absolute must see. Accessible by free shuttle bus from Yasugi Station, or a 35-minute drive from Matsue Station, the museum features an inspired blending of an art collection with beautifully cared for Japanese gardens. The art collection contains over 1,500 pieces and primarily features early modern Japanese painters, particularly those by artist Taikan Yokoyama, which the museum founder Zenko Adachi found strongly resonated with the Japanese style of gardening. Also a connoisseur of traditional Japanese pottery, the museum also includes his impressive pottery collection.

Unlike typical Japanese gardens, you can only walk along, and not through, the gardens at Adachi Museum. This is because they are set up to be viewed as pieces of art, observed and not disturbed. There are still opportunities to be surrounded by gardens but you may find you didn’t need them. The appealing view of the gardens is enough to satisfy any visitor. The windows and doors of the museum cleverly portray the gardens as a painting on a wall, a painting whose trees sway with the wind and whose snow falls. Some of these frames allow guests to “enter” the painting, creating excellent photo opportunities.

The museum features various gardens, including traditional rock and sand gardens, moss gardens, lake-focused gardens, and more, each with a different beauty each season, and combined they reach an impressive 16.5 hectares. The mountains behind the gardens are constantly rented so that they won’t be altered in any way that would spoil the view.

For gardens you can walk through and feel, it’s hard to beat Yuushien Gardens on Daikonjima (“Peony Island”). Yuushien is a four-hectare traditional Japanese garden featuring many different types of flowers, trees, and moss and rock formations on top of beautiful lakes, but it primarily focuses on peonies which the area is famous for. When seasonal, the garden features over 250 types, including imports, but even off-season, the garden has climate-controlled rooms so that peonies can be enjoyed all year round.

Sometimes throughout the year, particularly close to Christmas, the garden is lit up with extravagant illuminations. With over 10,000 lights and other displays, it is among Japan’s top illumination displays and a true hidden gem.

Yuushien can be reached by shuttle-bus from Matsue Station or Sakaiminato Station. The price ranges from 800~1000 yen depending on the season, but present your foreign passport and receive a small discount.

Matsue’s other internationally renowned Japanese gardens include those of Minamikan (traditional inn) in central Matsue, Kasui-en Minami and Choraku-en (both inns) in Tamatsukuri Onsen hot spring district, and Hirata Honjin Memorial Museum and Koukokuji temple in Izumo (both in walking distance from each other and a stop on the train line to Izumo Grand Shrine from Matsue Shinjiko Onsen Station near Matsue Castle).

Finally, if you’re willing to explore internationally influenced gardens, the train line mentioned above also has stops at Matsue English Garden and, bird and flower park Matsue Vogel Park. Vogel Park is a particularly popular tourist spot with a wonderful display of hanging flowers and many exotic birds, some of which you can feed. They also gained international fame when a video of one of their daily “penguin parades,” specifically a Christmas themed one where they wore Santa suits, went viral on Facebook. Admission is free at English Garden and Vogel Park offers one-third-off international visitors discount if you have a foreign passport. 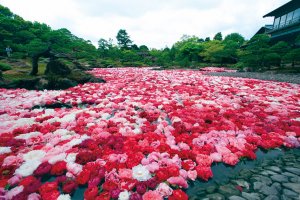 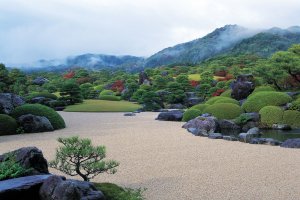 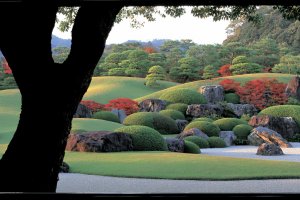 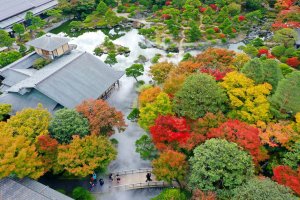 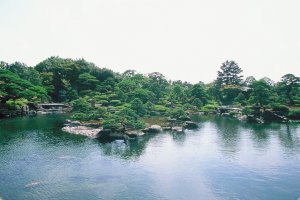 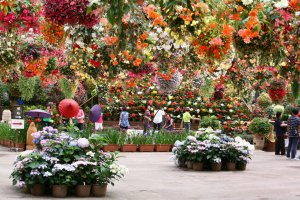